There’s a very traditional Croatian recipe for stuffed peppers called punjena paprika, literally translated to stuffed or filled capsicums, which are filled with a mix of mince meat and rice, some kind of smoked pork like speck or pancetta, lots of seasoning and is usually served with mashed potato. It’s cooked in a tomato based broth and often some smoked ribs are added to the pot because, you know, there wouldn’t be enough flavour otherwise.

Now if you think that all sounds VERY hearty and filling you’d be right. So much so that I can never eat it without enjoying a nice raging dose of heartburn later on, not to mention the food baby and subsequent food coma. I have a feeling it may have originated in the north of Croatia, where the winters are brutally cold, and even in Dalmatia where the Mediterranean climate is much milder, this dish is saved for only the coldest of winter days or special occasions.

All of which brings me, in a roundabout way, to this version.

It’s so different that it doesn’t really compare to the Croatian version at all: it’s quick and easy to make, and so much lighter and healthier for you too. {And shock horror! It’s vegetarian!}. I also use a mix of capsicums and tomatoes for stuffing but it would be great with zucchini and eggplant too, and I think mushrooms would work a treat as well. Of course it’s not something you might necessarily feel like eating to warm you up but there are soups and stews for that. It makes a really impressive side dish if you’re feeding a crowd but it more than stands on it’s own as a main with a crunchy green salad alongside.

The filling is made up of pantry or fridge staples and is very Mediterranean in flavour. Bonus points for being vegetarian, and you can leave out the Parmesan for a vegan version. If animal protein is your thing then you should definitely add some anchovies to the onions and gently melt them for a flavour punch. You could also add some diced bacon or chorizo, or some chopped haloumi or feta. 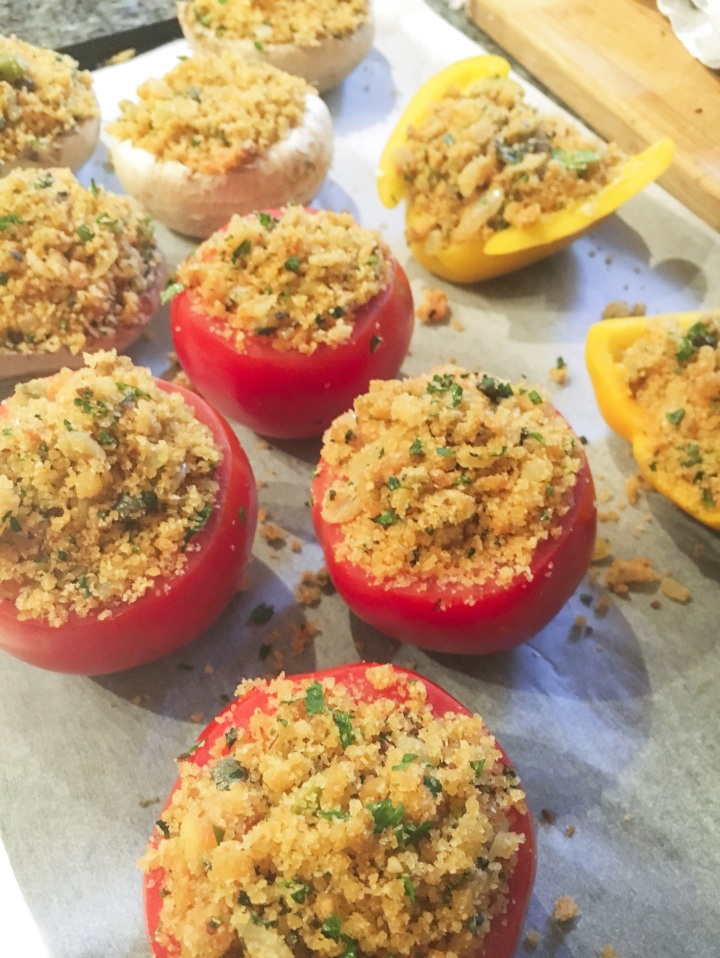 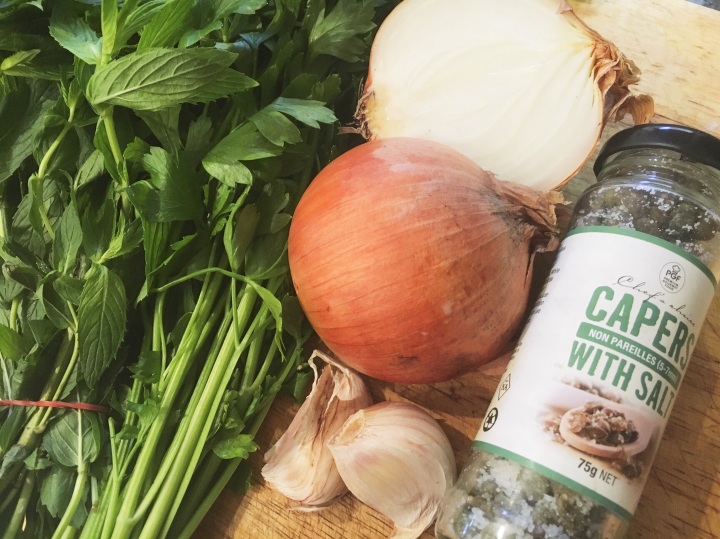